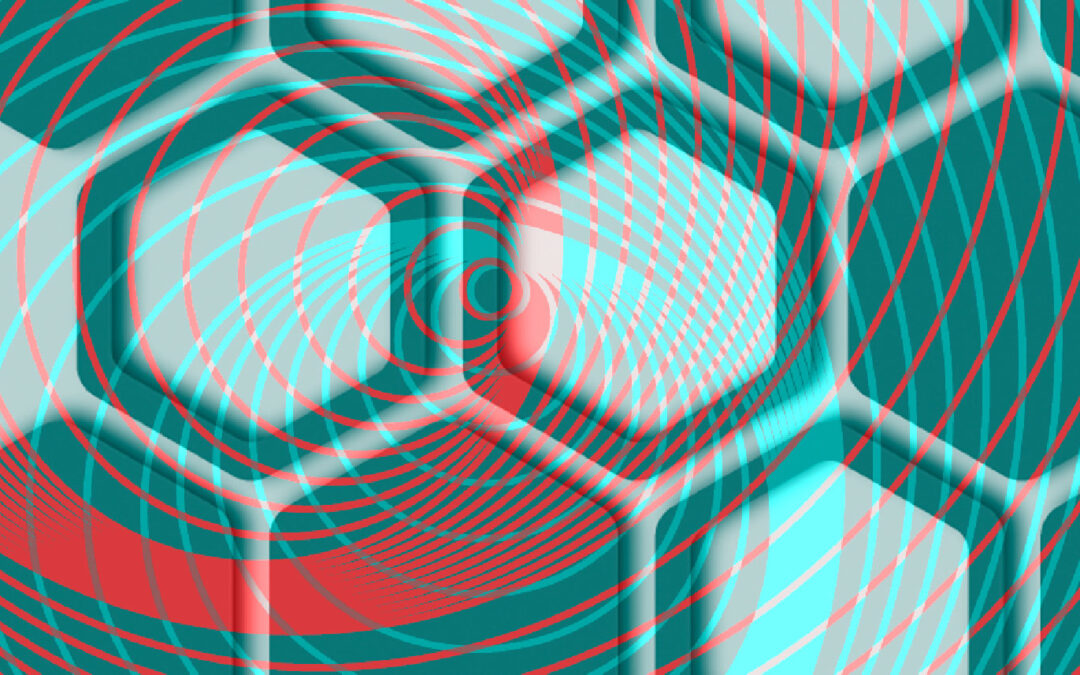 Childhood Studies is engaged in an increasingly reflexive turn. This reflexive turn  considers the ways that knowledge production in this global field often reflects the hegemonic assumptions of the Global North while silencing or excluding insights produced in and from the Global South. The standardised norms of childhood that originate from the Global North reinforce assumptions and prejudices about childhood in the Global South. The ideal framework of childhood constructed by the ‘minority world’, often portrayed as white and middle-class, has assumed and misinterpreted children from the ‘majority world’ as disadvantaged, deprived, and needing to be saved (Hanson et al., 2018), which can result in prejudice against Southern children (Kesby et al., 2006, p.186).

To establish a more holistic view of rural children from Southern countries, I decided to speak with three Childhood Studies scholars as part of an internship with Reimagining Childhood Studies during my undergraduate degree at UCL. Rachel Murphy is a Professor of Chinese Development and Society at the University of Oxford. Her research centres on the societal and cultural changes in China due to urbanisation and migration. Afua Twum-Danso Imoh is a senior lecturer in Global Childhoods and Welfare at the University of Bristol with a research focus on children’s rights and childhoods in West Africa. Youyuan Wang is an associate professor of Early Childhood Education at Shanghai Normal University. Her current work in the sociology of childhood focuses on changing conceptions of childhood in China.

In what follows, I weave together my discussions with each scholar, to highlight three key insights for childhood studies. Firstly, in popular discourse and in much academic work, rural childhoods in the Global South tend to be viewed as miserable and deprived. Attending to the plurality of childhoods complicates this narrative and opens up other ways to understand rural childhoods (my second point). In conclusion, I suggest that current knowledge production practices need to be challenged and the plurality of rural childhood experiences should be recognised.

To start with, when exploring rural childhood experiences, Afua talked about the missing perspectives from grandparents and extended families. She called for looking at the broader contexts rather than assuming adverse outcomes for children due to the absence of strong parent-child relationships:

The parent-child relationship is seen as a priority over others. It is understandable, but there is no recognition of affection that can come from extended families. Children build relationships with others as well, but oftentimes nuclear family is seen as providing care for the child most effectively.

Likewise, as Youyuan and Rachel have both conducted ethnographic research in rural China, they mentioned that left-behind children spend most of their time with grandparents or close relatives. They described the emotional closeness that children establish with grandparents. Rachel stated that:

A lot of the literature emphasises children’s separation from parents, which I think is the right emphasis. However, it also overlooks the important attachments these children have developed with grandparents or children’s relationships with grandparents that may have been ruptured.

Idealised family norms, where children live with parents, that are shaped by the dominant framework of childhoods in urban China and the Global North, have led to a deficit in thinking about rural childhoods.

Nevertheless, Afua raised a distinctive point about recognising the multiple affectionate relationships established before parental migration. She suggested the closeness between children and grandparents may not be the result of parental absence, but a pre-existing relationship; however, the grandparent-child relationship can change when grandparents become the primary caretakers.

Apart from the insufficient recognition of extended family contexts, in terms of assumed deprivation and vulnerability, Rachel and Youyuan highlighted the choices, struggles, and challenging situations left-behind children and their families face:

So “calling for a tripartite alliance of parents, schools, and communities” [a suggestion in the media about how to support children when parents migrate from rural areas] overlooks the parents’ lack of economic, cultural, and time resources. It overlooks the lack of choices or the hard choices that the parents are confronting regarding getting money to invest in their children or keeping the family together. (Rachel)

Separation might be the only and optimal choice when you truly understand their experiences from their perspectives. This unique left-behind experience for children and parents could be negative or positive. It can be transformed into a strength that motivates them in life. (Youyuan)

Thus, it is difficult to conclude or assume absolute adverse outcomes for left-behind children in the rural Chinese context. Contextual and individual differences contribute to the ways rural childhoods are experienced, even when there is a shared experience of being ‘left-behind’. Importantly, these scholars stress that the topic of left-behind children in China has received attention from the mass media and academia to such an extent that other forms of Chinese rural childhoods are often overlooked. In contrast, they suggest the plurality and diversity of rural childhoods needs to be recognised when conducting research across geographical and cultural contexts.

The Plurality of Childhoods

When studying childhoods across contexts, it is crucial to understand how children themselves perceive their cultural backgrounds, the local contexts, and the situations they are in (Spyrou, 2017). The scholars I interviewed shared three unique points in this regard.

To start with, as a Chinese scholar, Youyuan stressed the importance of acknowledging individual differences within the group of left-behind children. In her research, two children from the same rural family held different understandings of their left-behindness and rural identities, with the older sister striving for success even though she could not graduate from middle school while the younger brother, who voluntarily left high school, appears much less motivated compared to his sister. Youyuan stated:

I think rural childhoods are very complicated. It is not appropriate to hold simplistic views; individual factors need to be considered.

Youyuan brought in historical contexts to explain the dominance of Western perspectives of childhoods in Chinese society:

The modernised, Westernised idea of childhood was introduced in China during the New Culture Movement in the 1910s. Its hegemonic presence is intricately tied to a sense of national salvation. Global North perspectives are reinforced and reproduced through the education system.

She then drew a connection between Chinese urban childhoods and Western constructed childhoods:

The mainstream idea of childhood, which is valued by parents as well as societies more broadly, can lead to relatively linear thinking of what rural childhoods should be. Youyuan highlighted the need to be more critical and reflexive about childhood which, she suggests, requires greater global interactions and collision of ideas worldwide. This is not only necessary for Chinese urban researchers studying rural children but also for researchers studying childhoods from unfamiliar cultures.

Therefore, left-behind children are not only a rural phenomenon but are gradually becoming an urban one. In addition, she highlighted the urban influences shaping rural children’s childhood experiences:

There is a blurring of boundaries between the rural and urban left-behind children. A lot of children spend the summer holidays in the cities with their parents and move back to the villages when the holidays are over.

Youyuan and Rachel both focused on the plurality of left-behind children in China, while Afua queried the way that rural left-behind children have become the dominant image of Chinese rural childhoods. She then noted that this is not only due to the influence of the Global North, but that local researchers from the Global South have also shared similar views constructed by the minority world, contributing to the one-dimensional focus on left-behind childhoods as representing ‘poor’ childhoods:

You have other rural children in China who are not left behind but may have similar adverse outcomes because of marginalisation. You also have poor, middle-class, and upper urban childhoods. We don’t necessarily look at all those different types of childhoods because so much of the research is focused on poor children’s lives.

As a researcher of African childhoods, Afua drew attention to the ways that rural childhoods are also depicted as lacking in the Ghanaian context:

I would say that is the same in Sub-Saharan Africa. The majority of research is based on rural children and the lacks they have in their lives. Some of it is also based on urban street children and working children. However, there are other types of childhoods. For instance, in Ghana, there are children who are also poor but do not live on the margins. There are also middle-class and upper-class children who have few obstacles growing up. We don’t see that plurality of childhood experiences.

This raises the issue of the dominance of Northern perspectives on the production of knowledge about childhood, which Afua suggests should be challenged by developing a multidimensional focus on rural childhoods in the Global South (Twum-Danso Imoh et al., 2019). The internalisation of an idealised Global North framework leads Global South researchers to focus primarily on what rural children deviate from, failing to notice the plurality and diversity of childhood experiences.

The Global North-South binary has shaped the perceptions of rural childhoods in the majority world. To think beyond the binary perspective of the Global North and South, researchers need to acknowledge the plurality of childhoods around the world and understand the complexity of children’s lives through contextual and relational lenses. It is suggested that researchers’ roles as producers of knowledge be decentred to open up new ways of thinking by listening to the voices of the young participants and considering the wider factors and influences outside the children themselves that are shaping their childhood experiences (Pain, 2010; Spyrou, 2017).

As a novice in the field of childhood studies, I initially focused on Chinese left-behind children because of the extensive media coverage about this group, usually involving public concerns about rural childhoods. My perceptions were also influenced by prior knowledge and negative assumptions about rural children’s lives. Exploring rural childhoods as part of the internship, and having the opportunity to talk to Rachel, Afua, and Youyuan, have genuinely inspired me to think differently. I have learned to move beyond pre-existing assumptions of Southern childhoods by considering the personal, social, cultural, and historical contexts shaping diverse experiences. More importantly, the interviews have indicated the dynamics and complexities of rural childhoods. “The rural” is a crucial theme in childhood studies that requires further unpacking, debating, and theorising. The diversity of rural experiences suggests great scope for researching how children construct their rural identities and how their lives are influenced by social surroundings. I hope this blog will contribute to the Reimaging Childhood Studies project by bringing different perspectives and encouraging dialogues across disciplines.